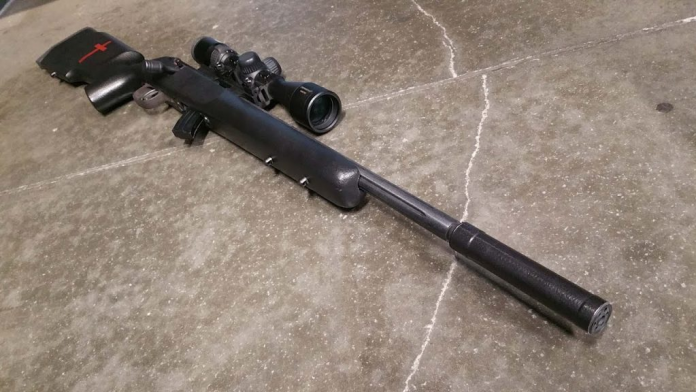 Does ATF track solvent traps? The answer to this question is, it depends. The Bureau of Alcohol Tobacco, Firearms and Explosives (ATF) is a unit under the state department of Justice. And one of its core duties is protecting communities from the violent use of firearms by criminals or criminal organizations and illegal diversion of firearms and its accessories for perpetrating violent crimes or acts of terrorism.

A solvent trap is one of those accessories placed on a firearm’s muzzle to absorb the residual solvent used in cleaning the firearm’s interior. The solvent trap ensures the efficient and safe use of firearms.

However, the Solvent trap is 80% material in the making of other uses. It can modulate propellant gas’s speed and pressure, thereby dulling the explosive shockwave or the muzzle blast.

According to ATF reports, the solvent trap is legal. However, because it can be easily converted, it can fall under the watch of ATF. The Reports have it that ATF raided facilities that manufacture solvent traps. Such raids were not because solvent traps are being fabricated but because of the intent and the possibility that they can easily be converted into other uses.

There is equally evidence of ATF tracking and raiding facilities that manufactured solvent traps which encourage the end-users to convert to other devices other than trapping solvent residual in the firearm’s bore. For instance, if a manufacturer fabricates a solvent trap with a dimple in its center cap, it could mean that the end-user is being encouraged to convert it. The ATF can track solvent traps if a facility that sells or manufactures it is selling is doing illegally.

The ATF acknowledges the right of an individual to own a firearm as stipulated in the second amendment; however, devising any materials that can alter the primary use as cleaning without filling for form 1 is considered an illegal act by the agency. An individual can purchase and own a solvent trap as means of ensuring the safety of their firearm because any solvent residuals as a leftover of the routine cleaning of your firearm’s bore (interior) could pose a danger to you and others.

Therefore, to avoid unnecessary “monitoring” and visitation by ATF agents, purchase a solvent trap from authorized retailers of firearms and accessories. You should also ensure that you don’t buy a solvent trap that could suggest that you intend to convert to a different device. If there is any reason while you need to own, apply for a form 1 from ATF and pay a $200 tax stamp.