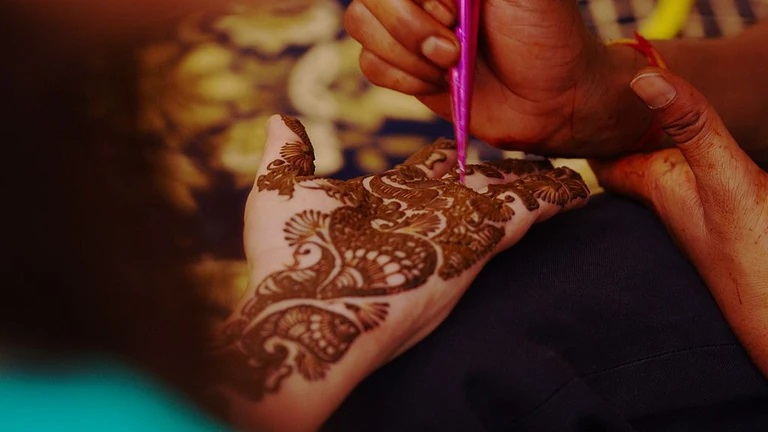 Henna, commonly known as mehndi in India, is of great traditional and religious importance. Women in India sport intricate patterns of mehndi on their hands and feet as it is considered that this will bring happiness and prosperity to one’s family. The importance of wearing mehndi has its roots buried deep down in the Indian culture.

The oldest reference that was found of the mehndi in India depicts that it was used as a medicinal herb in the Vedic times which dates back to more than two thousand years.

Mehndi has some medicinal qualities as well and is a great stress reliever. In the older times, mehndi was used to be applied on the wounds and was considered a great herb to cure cold and fever.

Since mehndi leaves a dark stain on the skin it is now used to create temporary tattoos. It became really popular in western countries as well and is a great natural alternative to the artificial inks that were commonly used earlier.

There are various types of mehndi styles that are prevalent in different parts of the world and impact each other as well. Down below we have mentioned some of the most popular mehndi patterns according to the top mehndi artist in Mumbai.

Arabic mehndi patterns are hugely popular and stand apart from all the other styles as they include the various patterns that are hardly found in other designs. The architectural designs like the domes and jali are some of the most important motifs in the arabic design patterns. The motifs in the Arabic mehndi have broad outlines and a darker coloured mehndi is used to define the edges of the designs. 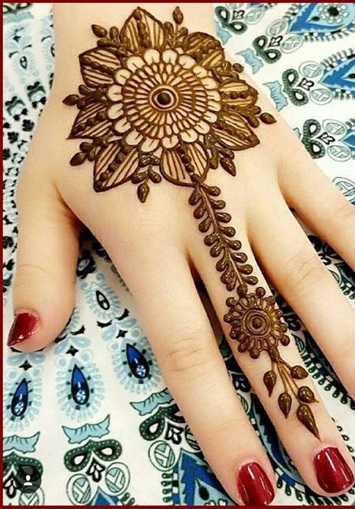 Moroccan mehndi is the one which has extensive usage of the geometric design patterns like the squares, rectangles and circles. These motifs are usually filled in with smaller geometric patterns. Other patterns that are used to fill in the designs are usually the natural motifs like the florals, leaves and vines. 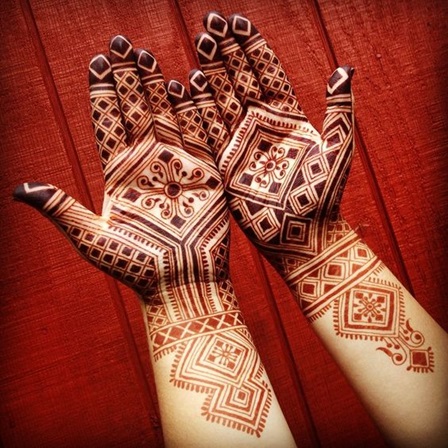 Indian mehndi patterns are the most intricate ones and the most prevalent motifs are the mandalas that are made at the centre of the hands and then the other patterns go all around it. The paisley print is another common motif that is a part of almost all the designs that go in the Indian mehndi. 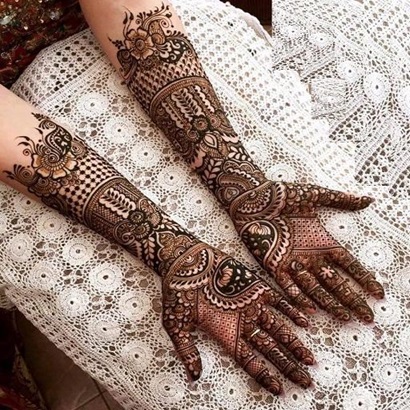 These mehndi patterns are the ones that usually depict the jewellery that is worn on the hands and the feet of the bride. Pieces of jewellery like the Hathphool, Rings, Bangles, Anklets etc. are most common among them.These patterns that look like jewels are really important and include the motifs that look like the beads and strings. Usually, these designs are very detailed and include the floral patterns that make these mehndi designs look embellishing. 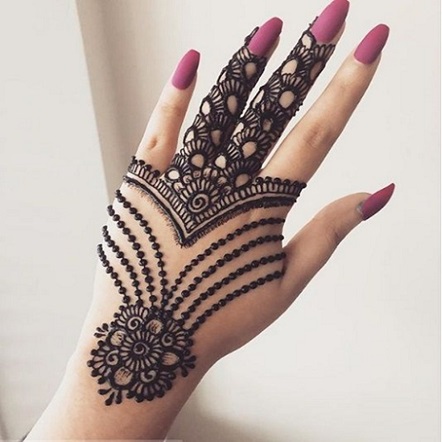 It is relatively a new trend in the market. There are various brides that are now opting for these and require some great skills for a mehndi artist to make these patterns. The Raja-Rani pattern and the Bride-Groom pattern are the most common ones that look really great when worn on a brides hand. 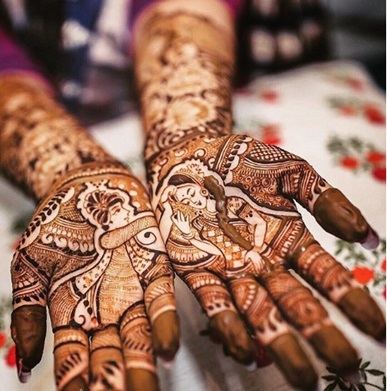 The minimal mehndi design patterns are the ones that do not have many elaborate designs and are very much simpler. These are a perfect choice for a bride if she wants to have a casual look on the day of her marriage. The minimal design patterns usually include geometric patterns along with lines and dots. 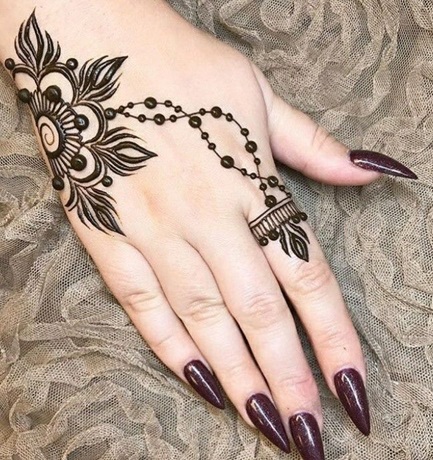 These are the patterns that are directly taken from those last pages of every student’s notebooks. These are closer to the tattoo designs and are really popular among the brides who want to look modern and wear a mehndi design that sets them apart from the crowd. 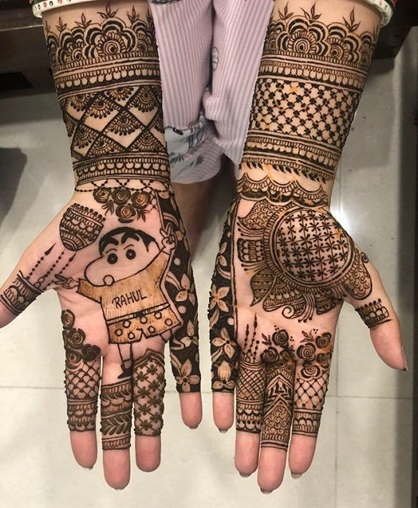