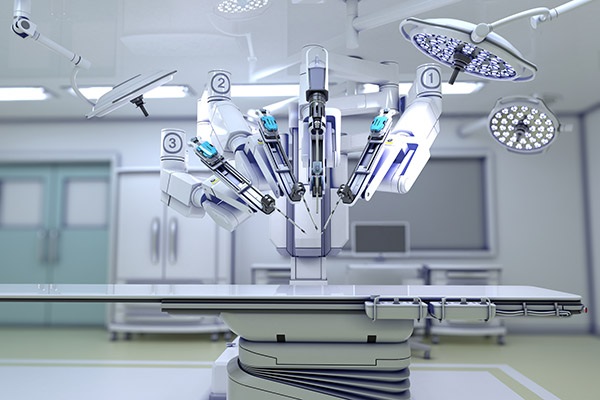 The 21st century is awash with all sorts of technological advancements. No one would have thought that at one time, we would have robots working with us in the workplace. The first robot was invented in 1954, but there is evidence that there were mechanized figures in human form that date back to the ancient Greek times.

The idea of artificial humans is evident in fiction works as far back as the beginning of the 19th century. However, robotic work began in the 1950s, with the first robot that was programmable and operated digitally being unveiled in 1954. Since then, robotics have come a long way, with industrial and commercial robots being used widely to reduce costs, for accuracy and for jobs too risky for humans.

Collaborative robots (Cobots) were designed to work side by side with humans in a shared workplace. They are unlike the earlier robots which took a lot of time to program and were very complex.

There are several applications for robots. Some of them are safety-oriented, meaning the cobot works at maximum speed, but has sensors that slow them down when a human being comes near. Some of these applications include:

In this scenario, the cobot operates at maximum speed, but safely behind a plane. The robot doesn’t pass the safety plane and a small hand over, the window-like part is left open. Whenever the cobot comes near the window, it automatically senses it and slows down and a human can safely pick and pass items from and to the cobot.

Safety in this situation is ensured by:

This method is clear on how humans should interact with the cobot, and that their only contact should be when the robot is near the window and at reduced speed.

This is a situation where commercial robots and the human worker have to share a workspace for a task that requires collaboration. The cobot runs at maximum speed outside this space or when humans are not nearby. When humans are inside this collaborative space, the cobot must run on reduced speed mode. In collaborative applications, safety is ensured by:

Interface applications are similar to hand over applications, but instead of the small hand over the window, the safety space is surrounded by an entire safety plane. The interface window becomes a virtual barrier or wall and every time the robot approaches this safety area, it comes to a stop. Human workers then pass items to and from the cobot. Safety is ensured by:

Cobots have come a long way from the bulky robots of yesteryear. They are now safe to work alongside as they have super sensors that slow or stop them completely when a human is near or touches it. This makes them very safe to work within a shared workspace. More research is being carried out towards AI and in few years to come, robots will be more advanced than they are today.

What Kind of Apartment Would be The Perfect One In the...