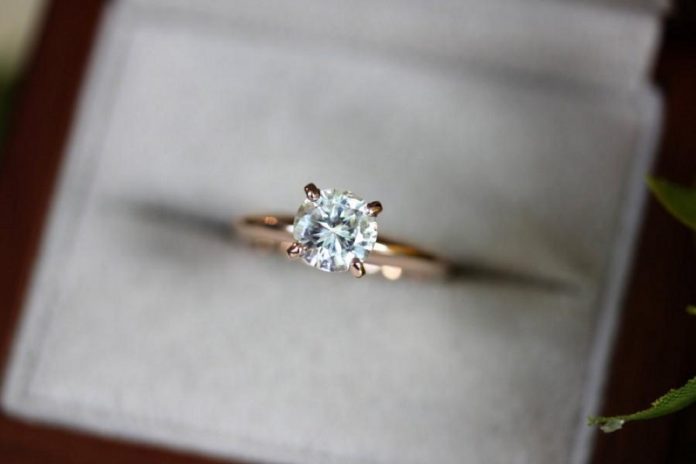 As we see in diamond jewelry commercials, they use extravagant music, iconic scenes, and some catch lines insisting that diamonds are the most preferred gem for an engagement ring. But those days are gone, people’s tastes have changed. Is diamond still the only option for an engagement ring? When a person decides to buy an engagement ring it is his or her immensely personal, unique, and intimate experience of a lifetime! Not everyone can afford a diamond ring. Couples, who are looking for the elegance and aura of a diamond but at an affordable price, should definitely check out Moissanite rings NYC.

When you buy the ultimate diamond ring for your partner you are throwing everything into a symbol, a symbol of unblemished and undying love, of beauty and extravagance. It seems to go without thought that this is the really what is expected of you, the price and the reward of finding your one true love to which you will forever be connected, shining and clear. The diamond’s beauty and the love associated have been told in stories for endless generations; it always was the ultimate symbol of undying and pure love. Given as the ‘happy ever after’ begins and usually after surmounting seemingly impossible odds to the heroin, the diamond ring is perfect.

Balance of nature and life

The Moissanite gemstone is an alternative that is used as the source and symbol of love, fashioned beautifully into engagement rings and wedding bands. It has no painful history to bring with it and is certainly a more economical substitute for diamonds. Maybe our modern-day expressions of love have grown up to care for both humanity and the environment.

Budget to be considered

Everyone loves the opulence of diamonds, but diamonds usually come at an unforgivable price. Now everyone prefers the best next thing Moissanite Rings and you can pop in and offer your opinions, on both the beautiful moissanite rings that are available and the problems with diamond rings.

You must know that Moissanite and cubic zirconium are not the same. Moissanite falls under the category of mineral: silicon carbide. Scientists have to manufacture Moissanite in labs because it is almost non-existent on our planet earth. In the late 1990s, some people realized that Moissanite could make a great gemstone. As a matter of fact, moissanite takes in light and reflects it back more effectively than that of a diamond. Which means it looks even more stunning than a diamond!

Moissanite over a diamond

Diamond rings are considered as a classic and traditional insignia of engagement in our society. Diamonds have always been loved for their elegance and endurance which symbolically represents permanence in a relationship. On the other hand, others would prefer moissanite rings for their brilliance at a low budget.

If you want the look of a diamond at a lower price, buying moissanite may enable you to spend a little more on the setting, getting a fancier or more extraordinary ring, or a bigger gem, for a similar amount. There are some stunning settings available, from the official site at Moissanite. If you’re not bothered by a slight hint of color to your gem, then, by all means, consider moissanite as a very close approximation to diamond. 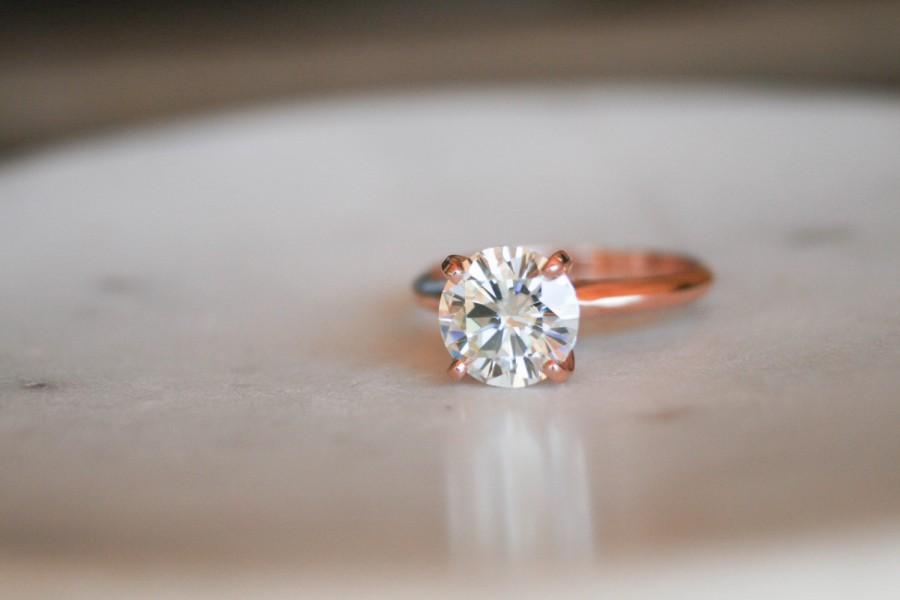 A little research before buying

Read moissanite engagement rings reviews from places other than the companies selling the gems, which will obviously print stellar testimonials to attract you. Read the glowing reviews, but also look elsewhere and ask around. Some owners worry about chipping their stone since moissanite is softer than diamonds. Nevertheless, they are harder than rubies and emeralds. Some customers point out the low resale value of moissanite.

Why moissanite have an upper hand

Some people have grown weary of the diamond industry from an ethical standpoint, and so they rejoice at purchasing a beautiful gem with unobjectionable provenance. Some have helpfully pointed out that moissanite vendors may allow you to try out wearing a stone, with a money-back policy if you wish to return it.

Women and their diamonds

Many satisfied customers reveal in the fact that they have a stunning ring that only costs a few hundred dollars, instead of thousands. Some may be unhappy at the thought of a “fake diamond,” but as one woman related; she never calls her ring “fake”; instead she tells people it is a stone derived from a meteor, which sounds fascinating! Sometimes it’s just a game with how we use words to change entrenched attitudes.

The term “blood diamond” has become more popular and as described by the 2006 documentary by the same name, has been the source of fear, abuse, child slavery, environmental destruction, pain, and death. The rough diamonds, from “rough trades” that are produced for fashioning into the symbols of love seem so far removed from it that it seems impossible to connect them ever again. The conflict, the social and environmental devastation created by the diamond certainly has nothing to do with love.

So the stone that is set in the ring given to your sweetheart may have had a history you would prefer to ignore, or even never even know about. Laws have been created by many countries and processes set up to restrain these “blood diamonds” from being traded. But they are such a valuable product that somewhere along the line they will get bought up and used by somebody, for good or evil intention. There is an attitude growing, especially in these recession-hit times that alternatives to the diamond are used, that technology be used to create synthetic diamonds are a suitable choice. Although the fascinating story continues on the many different methods needed to produce these gems in the lab there is still another alternative.

A gemstone that is nearest to diamond in hardness has more sparkle and fire than diamond. This was discovered in 1893 by Henri Moissan in Arizona, who thought at first that he had discovered a source of diamonds and which has now become easier and cheaper to manufacture.