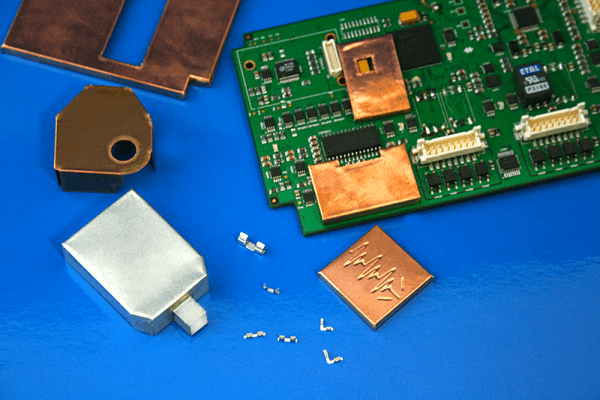 Electronic devices are everywhere, from the everyday devices we use such as phones and landscape lighting to industry-specific devices such as medical scanning equipment and military sonar detection capabilities. Many devices will send and receive signals like radio frequencies, as these signals are commonly used by communication equipment to transmit signals to devices that relay control information and data. In addition, radio frequencies can also be created from electronics that give off an unintended spark, such as switches, which is transmitted to nearby wiring. To prevent equipment and components from picking up unwanted signals, RFI shielding can be used.

Circuitry within electronics and equipment can become impacted by radio frequency interference in numerous ways. Some electronics that transmit signals will pick up the unwanted radio frequencies from other devices or from other transmitted signals that are not vital for the device’s operations. This issue hampers the circuit’s functionality, causing RFI impedance as well as cross-talk to occur which lowers the productivity of the application. A device may even stop working because it can no longer pick up the right transmitted signals.

Another problem involves RFI noise. Often called electromagnetic interference (EMI), it can be generated by components that have varying electrical currents that rapidly change or cause vibrations. Wiring and cables can pick up these changes, acting as an antenna to intensify it. If there are many grounds to the cable, or the cable has a longer length, it increases the RFI that can be picked and transmitted to devices that are either in direct contact with the cables or when the signals are transmitted through the air, such as overhead power lines interfering with ground equipment.

While there is no way to prevent radio frequencies from being transmitted, you can lessen and eliminate the amount of radio frequencies that are picked up by devices by using RFI shielding. This shielding acts as an enclosure to prevent the unwanted signals from passing through and being picked up by other components. RFI filters are also used for devices so that they can receive and transmit the right signals while ignoring the unnecessary ones.

RFI shielding can be found in a wide range of devices and applications. From airplane instrument panels to battery packs in electronic toys, these shields prevent the circuits and components from being difficult to control, from degrading, and from becoming unreliable.

The types of materials used for the shielding can vary. The enclosure may be made from stainless steel, nickel, brass, and even tin plated steel. When deciding on the right material, a manufacturer should take into account the other materials that will be used to create the component and circuitry. Then you can pick the most compatible metal for the RFI shielding.